At The End Of The Day

‘At the end of the day’, ‘ATEOTD‘, ‘At this point in time’, ‘when all is said and done’.  I’m sure I’m not alone in being irritated by phrases such as these.  Many people use them to reinforce their points in arguments and discussions to add brevity to their statements.  You’ll see theses phrases often on forum threads. They seem to be utilised as a kind of sensory Haka, a warning to either excuse the author from being increasingly aggressive or an attempt to end the dialogue on a winning note.

There is another ‘At The End Of The Day’ that is rather more interesting to most landscape photographers, it’s that progressively darker blue post-sunset light which seems to go on longer than ‘the blue hour’ would suggest.  It’s the time when landscapists who use film contemplate reciprocity failure and their digital counterparts think about their iso setting.  The image here is a ‘blue hour’ image, as I recall full darkness was almost complete but there was just enough magenta around the blanket cloud to make one last image worth trying before it really was the end of the day.

This leaves me wondering why some photography forum-dwellers don’t use another phrase along the lines of  ‘At The Start Of The Day’ to make their more contentious points.  I guess it’s preferable to try to end with the upper hand than risk starting ahead and losing the debate later.  Landscapists never lose, every day we have two opportunities to win; win at the start and win at the end of the day.  All it needs is a dawn and dusk, we don’t even need an apocalyptic sunrise or sunset to make images with impact and mood, the blue hour alone is often good enough.  It’s a calming time spent on an estuary with an accompanying symphony of birdsong.  Curlew and geese, gulls and shorebirds all make their own points at the end of the day.

Let’s go outside and make some images! 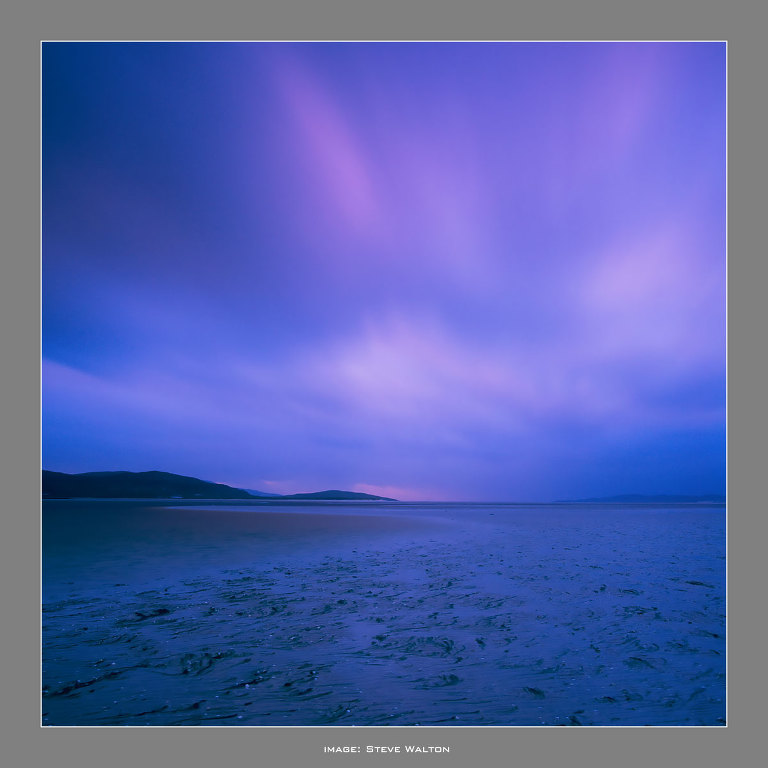 Synchronising rhythms of the #wave and the #heart