Having just processed a couple of rolls of film, 1 Adox Silvermax and 1 Fuji Acros 100, I randomly selected a negative from each roll for scanning .  Whilst the Imacon was doing it’s work, it occurred to me the the two negatives by coincidence have a few things in common:  they were both taken in two of our National Parks, (Dartmoor and The Peak District), they were both taken with my Leica MP and 90mm Elmarit-M f2.8 and they share a horses theme!  It was also interesting to compare the appearance of Fuji Acros with Adox Silvermax on the lightbox.  Silvermax clearly shows a more meaty depth to the tones of the negative whilst the Fuji is more subtle, lighter and thinner but lacking nothing in the shadows.  These two negatives side by side reveal the grain of Fuji Acros 100 to be  very evenly distributed and precisely sized, the grain of Adox Silvermax 100 is a little less precise, slightly larger and very dense.  Fuji looks ‘softer’ with those subtle tones and Adox appears ‘sharper’ with it’s defining edges of structures.

Which film to choose?  Well, in this two-horse race it’s neck and neck.  Fuji for it’s reciprocity stability and Adox for it’s biting tonal clout. We 35mm film users are blessed to have such a choice! 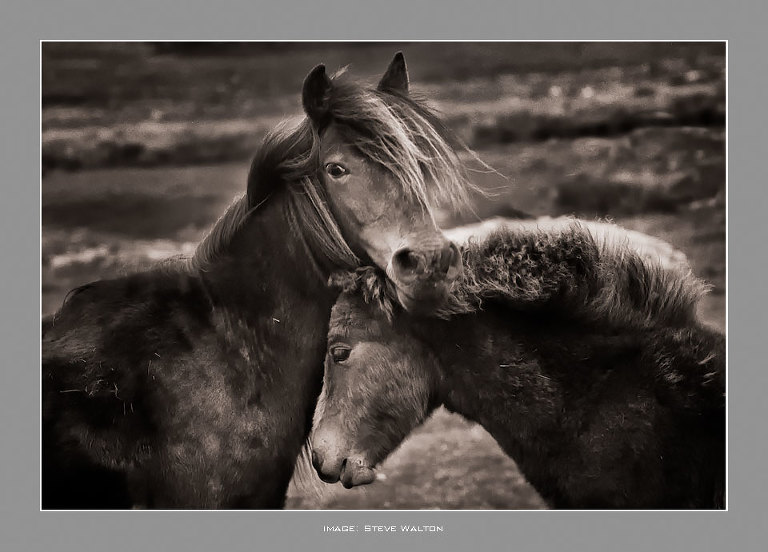 Dartmoor ponies are feisty, scruffy, smelly creatures with loads of character.  This mare and her colt displayed great affection for each other.  You can’t help but be captivated by them!  Leica MP, 90mm Elmarit-M f2.8 with K2 filter, Adox Silvermax. 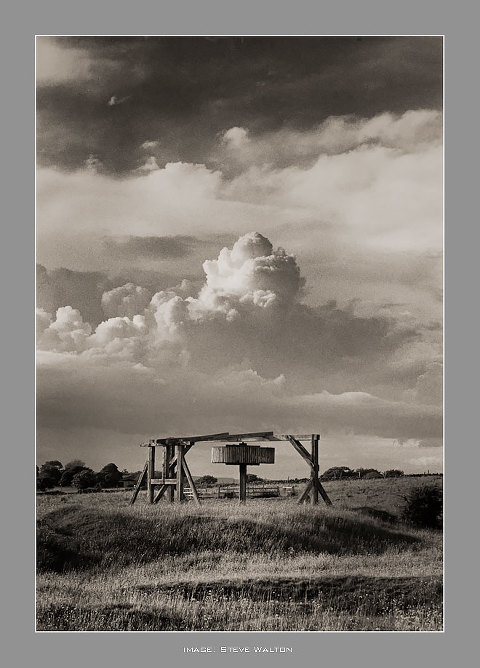 This is a replica horse gin as would have been used to bring ore to the surface during the Magpie mine’s heyday.  The thunderstorm was retreating north eastwards.  It would have a been boring work for the horses, the little Dartmoors above must be eternally grateful for their semi-wild existence by comparison.  Leica MP, 90mm Elmarit-M f2.8, Fuji Across 100 with O22 filter.