Photography forums are an internet phenomena and I’ve had a long association with them, in both ‘professional’ and enthusiast weighting.  If I’m perfectly honest, whilst I would agree that forums can be entertaining and often informative, I generally find them irritating for many reasons.  In fact, the only forum I frequent on a fairly regular basis these days is a camera brand-specific forum and more often that not I dislike it intensely.  It’s a daily soapbox for a relatively small number of know-it-all camera owners whose ability to voice their opinions on almost any conceivable topic is often more accomplished than their photography, so why do I bother? That’s a tough one to answer and it’s a question I often ask myself after I’ve taken the pragmatic step of immediately deleting a reply to some comment or other that is better left unchallenged in the way I had begun.  The only plausible reasons I can think of as to why I return to this particular photography forum is that there are just enough interesting people who know how to use a camera, especially on one on-going thread to make logging-in worthwhile.  The main reason I suppose is that I find the forum with it’s endless authoritative pretence, backbiting and petulance oddly amusing most of the time.  Invariably, the discussions are split between two distinct groups who maintain their alliances and bonding via the ‘Thanks’ button.  Forums are a microcosm of human interaction and is amusing to observe.  Sometimes, the temptation to post something to inflame one side or the other is almost irresistible, but of course that’s  trolling.  It’s a violation of most forum rules and it’s very naughty, which of course is why I would never do such a thing.  Forums are best treated as potentially toxic but usually harmless as long as perspectives are maintained.  A photography forum is not representative of the real world and certainly not worth losing sleep over.

This brings me to the point of my blog today.  A couple of days ago, I had a brief exchange of opinions with someone on that particular forum about long exposures and neutral density filters.  He was very dogmatic in his views about which filters are ‘the best‘ and what constitutes a long exposure.  When I’m working with film, my long exposures with neutral density filters can reach several minutes, once reciprocity failure has been factored-in. Reciprocity failure can be seen as being a little ‘old school’, it’s not generally an issue for many of those who have learnt solely with, or chosen, a wholly digital route for their photography.  At least it isn’t the same issue that we film users have to deal with.  For those of us who continue to use film, reciprocity failure (the inability of film to maintain consistency in it’s reciprocal aperture/shutter speed sensitivity to light and colour beyond a certain exposure time) is either a pain or a help, depending on your intentions for the end result.  What my opposing forum member could not accept was that choice of filtration or length of exposure was of any merit unless the filters were the best.  So much for dogma, I always will maintain it is the sworn enemy of creativity.

Reciprocity with Fuji Velvia 50 begins to breakdown from a little over 1 second and the calculated exposure can run into several minutes to compensate for this, depending on the correct base exposure without nd filtration. Exposure compensation will not rectify the colour casts that Fuji Velvia 50 produces in some conditions, but some colour casts are a direct result of the filter in use.  Either way, my own purely subjective opinion is that colour casts can often work in our favour, particularly those which are inclined between the cyan-magenta range.  They can add mood to an image especially when the absolute, as in ‘correct’, color rendition is not a priority. A controlled color cast can  promote an image from the ranks of record shot to a higher image with artistic interpretation.  The difference in outcome is significant and I can’t think of one good reason why a photographer should be confined to photographing only what they think they can seen in front of them.  Photography should be about experimentation, discovery and enjoyment and rather less to do with forum dogma.  Dogmatic photographers are invariably creatively hamstrung and a few minutes spent looking through various forum galleries will illustrate why I say that! 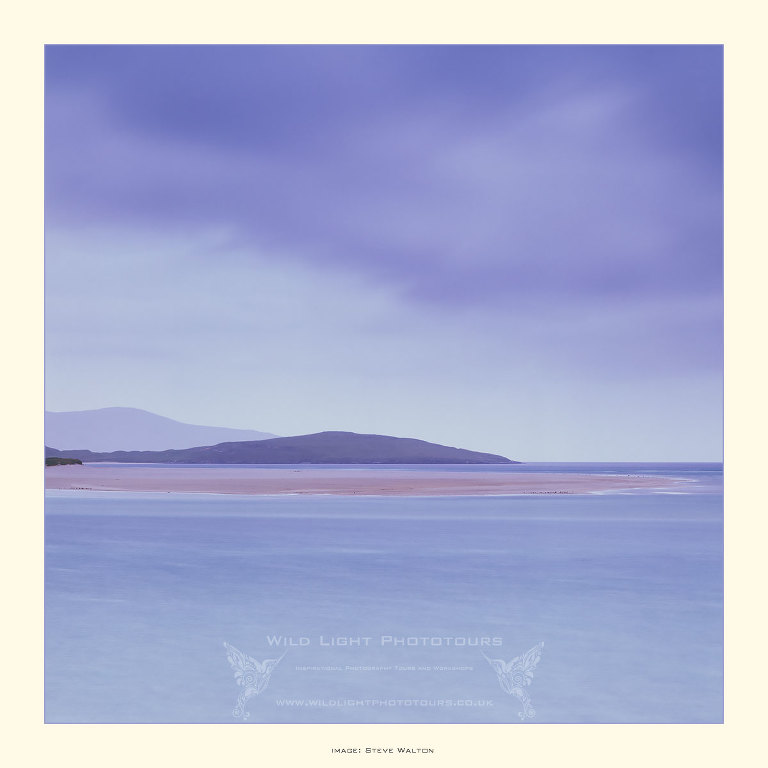